Xining – the city and the Taoist Temple.

The Huangshui River flowing through the city. 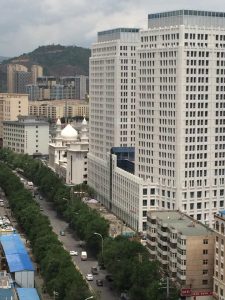 Tree lined road in Xining City, with a mosque nestled in amongst other buildings. 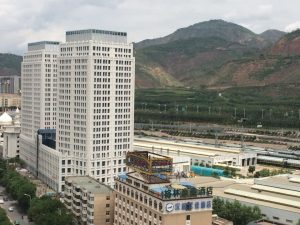 Modern architecture in an ancient city. 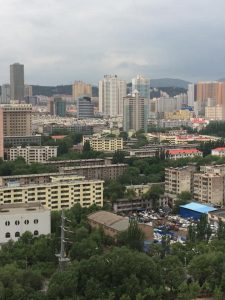 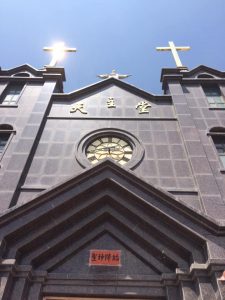 Facade of a Catholic Church.

Altar in the Catholic Church.

Lion at the entrance to Tulou Temple complex.

Murky stream at the temple. 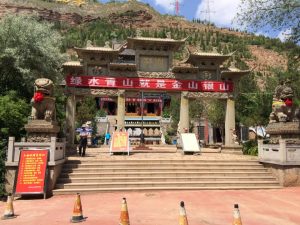 Lions guarding the Gate of Tulou Temple at Beishan Mountain.

Carved stone lion on the pillar of the Gate of Tulou Temple.

A statue of a Buddha in armour riding a dog with offertory box in front.

A stone carving with an inscription, situated between two flights of stairs leading to the Tulou Temple entrance.

Incense holder with ornate dragon feature legs, and dragons on the roof ridges. 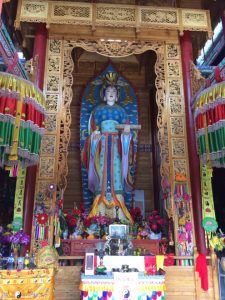 An upright statue of a Buddha holding a scroll in the temple. 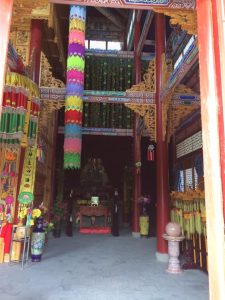 Colourful artwork, and detailed wooden beams and columns in the temple.

Another photo of the upright Buddha with a scroll, and with an incense holder on an altar in front. Some of the textiles in front of the Buddha have the “Ying and Yang” symbol embroidered into them. 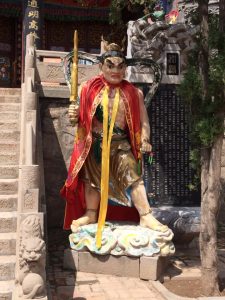 Warrior statue at the foot of the steps leading to Tulou Temple.

A rather evil and angry looking statue. 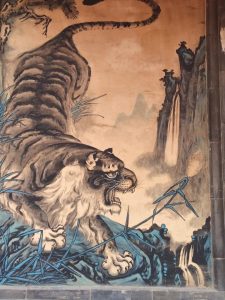 A mural painting of a tiger.

Incense burner and holder outside temple. 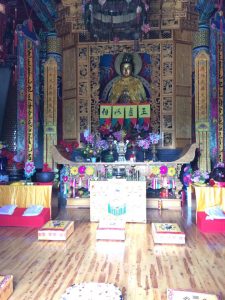 A statue of a Buddha in the temple surrounded by colourful decorations and flowers.

View across the temple complex to the high-rise buildings in Xining City. 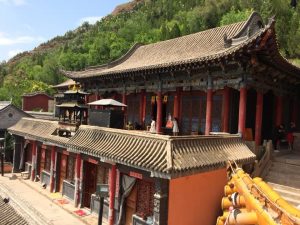 A hall within the temple complex.

Decorative ceiling above the entrance to the hall. 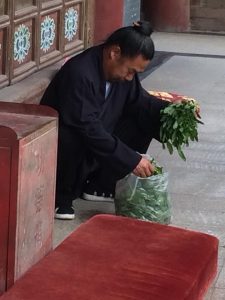 A Buddhist Monk with a bag of leaves at the temple complex. 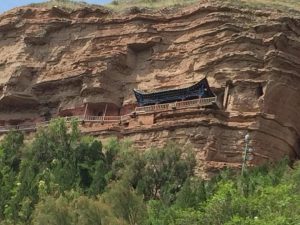 Temple belfry emerging through the trees.

Will in the temple belfry. 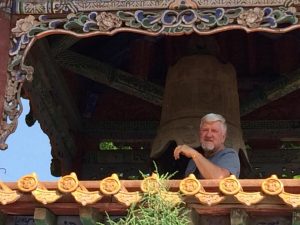 Will in front of the temple bell in the belfry. 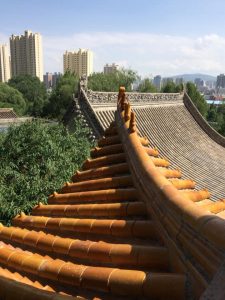 A close look at he golden roof of the belfry. 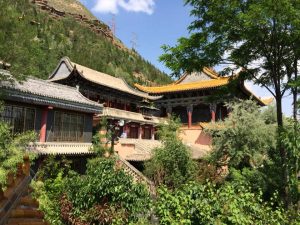 Building in the temple complex with Beishan Mountain behind. 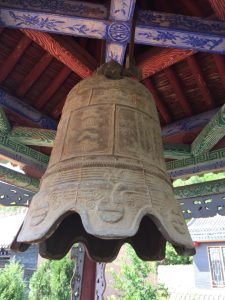 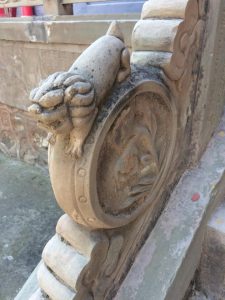 A lion on a stone handrail leading up to Tulou Temple.

This roof ridge sculpture seems to be a combination of several animals in one. An elephant trunk being the most obvious. 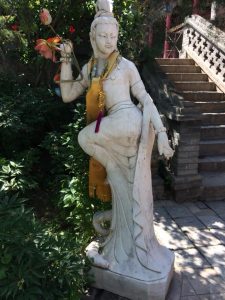 A statue in the temple complex grounds adorned with a silk shawl and flowers. 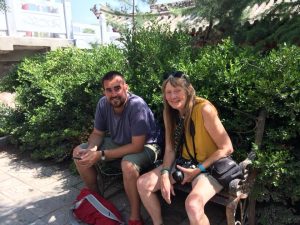 Jane and fellow traveller having a break in the temple grounds.

A pagoda in the temple complex.